Rhos on Sea Golf Club was founded in 1899 by a well-known local architect Mr W H Goldsmith. He was invited to develop a seaside golf course over 120 acres of Rhyd Farm, owned by Mr William Horton, JP. The original farmhouse was used as the clubhouse until it was demolished in 1905 to make way for the existing building that you see today.

It is worth noting that within their original documents they describe some of the greens as just about as fine natural sites as we have ever seen and every bit as good as St AndrewsIn 1934 Mr J Simpson of Simpson & Co. Golf Architects Ltd. were commissioned to redesign the course and the current layout is based upon their plans and drawings. In 1981 the playing order of the holes was reversed, conveniently situating the 18th green just in front of the clubhouse. 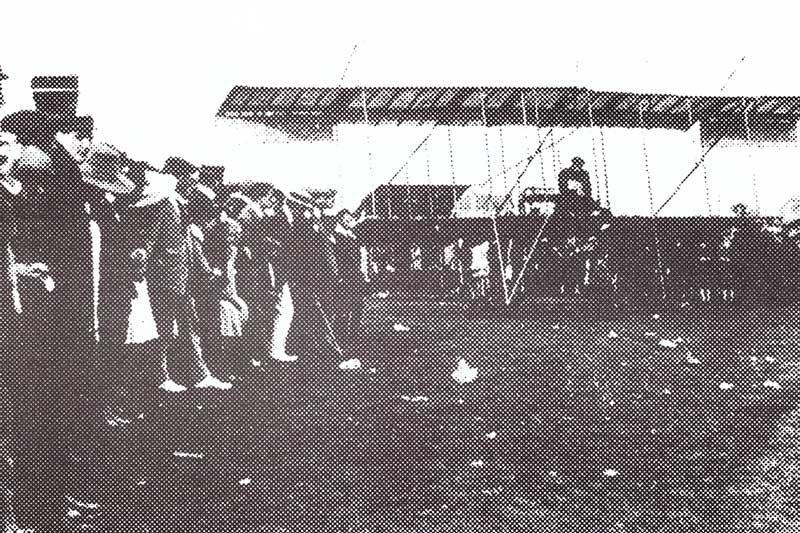 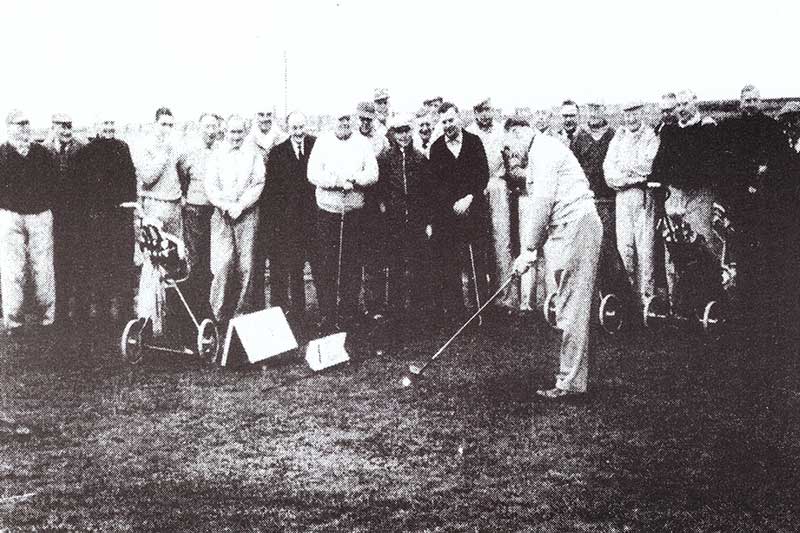 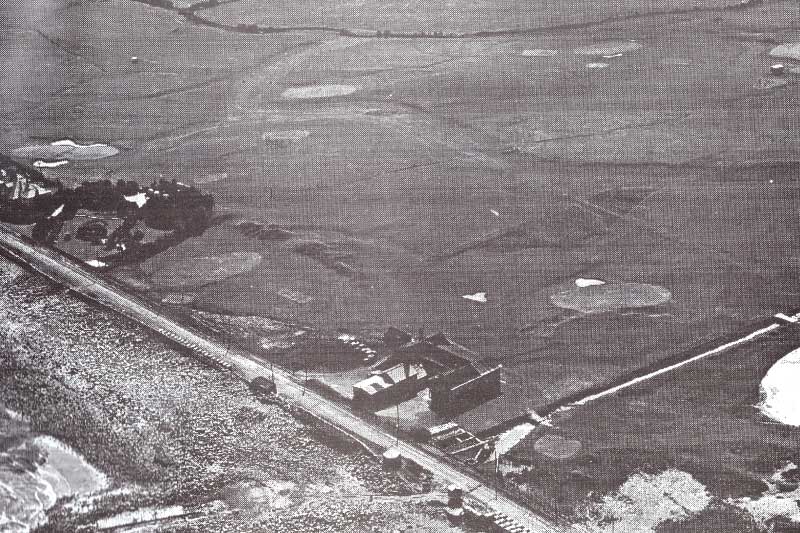 The area that the course occupies is reputed to be the original bed of the River Conwy. There remains a stream known as Afon Ganol that runs roughly south to north and through the centre of the course. The low-lying ground and old-fashioned run-off drainage systems meant that Rhos on Sea Golf Club was beset with flooding problems until recently when the current owner invested in a complete overhaul of the drainage on the course – testament to which is the very few days that have been lost to flooding since.

Interestingly prior to local government reorganisation the golf course lay across the two counties of Gwynedd and Clwyd. On the 12th tee it was possible for a right-handed golfer to tee up in Clwyd while his feet addressed the ball in Gwynedd. While the club now sits within the confines of Conwy County the old boundaries still apply to the towns of Llandudno to the west and Colwyn Bay to the east.

During the war years Rhos on Sea Golf club offered support in many ways, offering honorary memberships to officers posted to the area and raising funds to send cigarettes and Postal Orders to members serving overseas. Although Ladies’ Golfing Union competitions were suspended during the war, the Rhos ladies held their own competitions donating one half of entry fees to war charities.

The Golf Club has always offered accommodation for golfers – and their horses in the early years! In 1999 a booklet was produced to celebrate the club’s centenary year, which is available to view in the pro shop. Below are a few extracts from various surviving minutes of Club meetings and recollections taken from this publication;

Two shire horses were used to pull the fairway mowing machine and took almost a full week to complete the course. In winter 1922 the Greens Committee asked that steps be taken to stop the horses from wandering the course ‘at this time of the year’ to prevent damage to the fairways and greens.

Rhos on Sea Golf Club may have been unique in having a tram service run by its front door. The tram service is, sadly, no longer in existence but it is good to know that a tram pole is retained in a central support in the clubhouse back bar.

There is a story that at the old 8th hole an over-hit second shot landed on a toast-rack tram and the ball finished up at Llandudno’s West Shore.

The first professional at the club, Mr George Duncan, used to buy grass seed from one Mr Sam Ryder. It is said that George Duncan persuaded Sam Ryder to present the famous cup bearing his name to be played for against the USA. Mr Duncan was subsequently on the Great Britain and Ireland Ryder Cup team and he captained the team in 1929.

The golf club was the first property in Penrhyn Bay to have a telephone installed. The number was 49100.